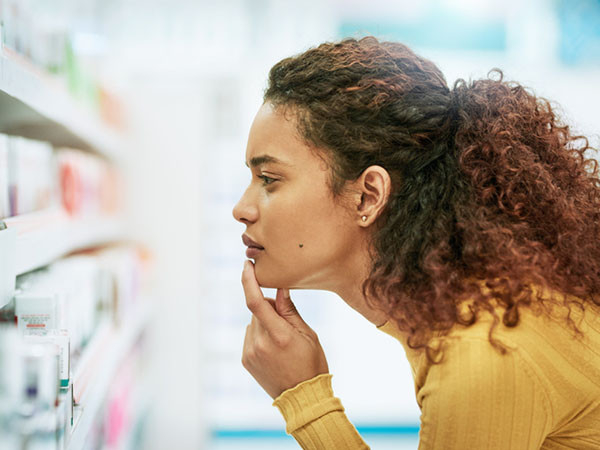 When faced with buying shoes, some people will be done in five minutes and be totally satisfied. For others, it’ll be a multiday process of reading reviews, comparing prices, consideration, and more consideration before making a decision.

People can want to make a choice, but fear of making a bad one or of missing a better deal that might come gets in the way. The upcoming holiday gift-buying only ups the pressure.

We’re doing it constantly, with what to wear and eat. It can also feel agonizing, even paralyzing, because sometimes we don’t know all the information, and so the brain fills in the gaps with worst-case scenarios, which does nothing to lower the stress.

Can we get better at making decisions? The short answer is yes. It takes some organization, but also a mindset shift in which we accept that there is no ideal choice. But before that, it helps to look a little more at why decision-making can be so difficult.

Knowing what to expect

Not all decisions cause the same stress. Big ones, like changing jobs or buying a house, take consideration, which we expect. Everyday choices, like our morning coffee order or groceries, are often automatic. And usually, the prefrontal cortex is in control. That’s the part of the brain behind the forehead, handling executive functioning skills — a term, Youn says, which tries to capture the complexity behind thinking. The prefrontal cortex processes information from the entire brain and puts it together to make a choice.

It’s the midlevel decisions — the new bike, winter jacket, toaster, or shoes — that become troublesome. They’re not huge purchases, but since we don’t make them regularly, we can spend more time weighing cost versus benefit. “We haven’t engaged in the thinking process,” Youn says.

Instead of the prefrontal cortex, the limbic system takes over. It’s the fight-or-flight response part of the brain, and there’s no careful weighing of factors. The goal is simple: survival, and it can cause us to make a less-than-optimal choice just to end the decision-making process — or to avoid the situation altogether by doing nothing, she says.

That’s not necessarily our goal. We want to make a good choice, but often there’s more in play, namely expectations. It’s tied into how we get viewed and what our worth is. If it’s a present, we worry about whether it expresses our feelings appropriately. As Youn says, “That decision is not just about that decision.”

And underlying it all is the fear and regret that you picked the wrong thing.

But to that, Youn poses a question: Wrong for what?

Often, people go into a purchase without being clear on what they need. Is the item for warmth, durability, exercise, style? Does it have to have special features? Do you need it quickly? Establishing a scope gives us something to refer back to and ask, “Does this fit with my purpose?” Conversely, with no parameters, we spend more time and angst making decisions, and sometimes keep looking under the belief that the “perfect” thing exists.

For some people, the difficulty is in making the decision, but once done, the stress is over. But for others, the worry continues: the limbic system is still activated, and that’s when regret or buyer’s remorse comes in. Youn says to treat it like that song in your head that won’t go away, and give it some attention.

Examine the worry and name it. If you’re wondering about missing out on something, ask, “Why is that important?” And then with every assumption ask, “And then what would happen?” The process might reduce the magnitude of how much something actually matters. If that doesn’t work and you’re worried that you missed out on a better deal, then do some research. Whatever the result, even if it wasn’t in your favor, take it as a lesson that you can use for the next decision.

New decisions take energy. That’s why routines are helpful — they remove the uncertainty of what to do in the morning or how to get to work. When possible, Youn says, use previous knowledge instead of constantly reinventing the wheel. If you like a pair of sneakers, there’s no problem with rebuying them if your needs haven’t changed.

If they have, just re-examine the new components, not the stuff you already know. And if you feel like you’re getting stuck in the evaluation process, ask yourself, “Is this worth my time?” The question creates a pause, brings you back into the moment, and allows you to decide how you want to proceed.

It helps to realize that when we do our research, there comes a point where we’ve seen everything. In fact, more information becomes overload. What helps is to shrink down options as soon as possible. Maybe start with 10, but quickly get to five, then three, and finally two to compare before picking the winner. What can also help is setting the timer on your phone and giving yourself a certain number of minutes to make a choice. Sometimes that self-imposed deadline can keep us on track, and we can move on to the next decision.

But there can always be a nagging feeling that there’s more to know. In reality there isn’t, and actually we can’t know everything and don’t have to know everything — and that’s all right. As Youn says, “It’s an illusion.”

Gift giving for family or friends in assisted living

No comments to show.